Home Destinations Best For Africa Best for travel in Egypt
18 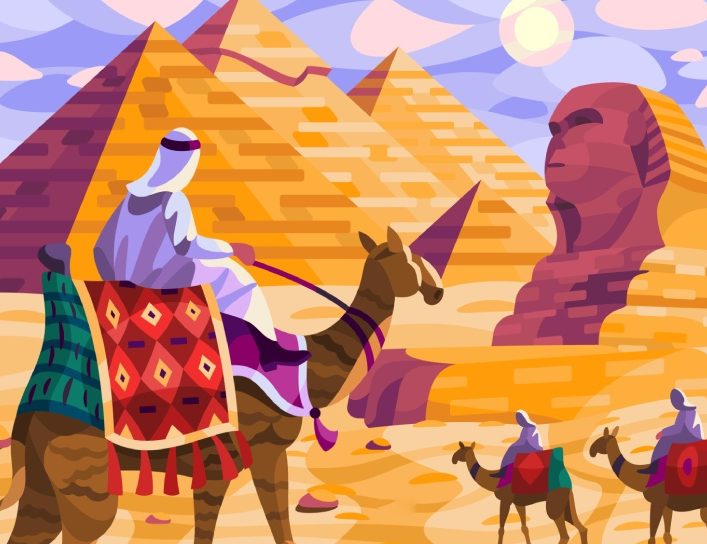 Best for travel in Egypt 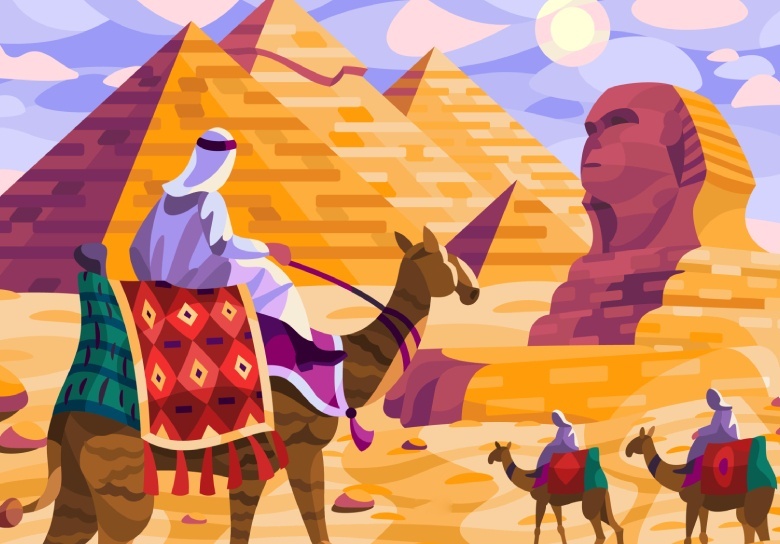 When one speaks of Cairo, one immediately thinks of the grandiose pyramids of Cheops, Khephren and Mikerinos, which rise in the distance on the Giza plateau. Needless to say, this wonder of the world will be one of the highlights of your organized trip to Egypt. But the big surprise that awaits you is the richness of Cairo, which is much less often talked about. Of course, you won’t be able to miss the Cairo Museum, its treasures found in the tomb of Tutankhamun and the incredible pile of unique objects, straight from the largest tombs in the country.

That said, don’t miss the historical heritage of the old city, which has known multiple influences, starting with the Coptic quarter and its churches with Orthodox decorations. Or even the magnificent mosques of Sultans Hassan and Rifay, starting points for a magnificent stroll through old Islamic Cairo.
Lose yourself between the sublime citadel of Saladin and the winding alleys of the Fatimides district. Relax in the shade of the trees in Al-Azhar Park, before reaching the teeming souk of Khan Al Kalili.

The name alone sounds like a sweet promise of wonders to be discovered. And you won’t be disappointed! Luxor, the ancient capital of Egypt known as Thebes, is home to some of the most beautiful remains of ancient Egypt. The heart of the city lies on the east bank of the Nile, where you will come face to face with the Temple of Luxor and its endless Sphinx Alley, a magnificent introduction to the best the city has to offer.

You can then travel just three kilometers north of the city by horse-drawn carriage or small motor boat to discover Karnak, one of the most beautiful Pharaonic temples in the country. Its hypostyle hall in superb condition contains no less than 134 pillars, all covered with hieroglyphics of rare finesse. You will also be able to stroll in the old Arab souk or along the cornice in the city center. Without forgetting the Luxor museum, much more refined than the one in Cairo, but containing absolutely unique pieces!

The cradle of Upper Egypt lies here, specifically on the small elephantine island just across the eastern shore of Aswan. In this part of the country, Egyptian culture is colored by the Nubian influence, displaying more African traditions and faces. It is also here that the Nile is at the height of its beauty, as the river breaks into hundreds of small granite islands whose tall grasses are home to white ibis and other birds of all kinds, all against a backdrop of golden sand dunes.

One thing is sure, you will be dazzled by the visit of the temple of Philae, rising from the waters. It’s also difficult not to be spellbound by a small motorboat ride on the Nile to take you to the lush botanical garden of Kitchener Island, the Coptic monastery of Saint-Simeon, lost in the dunes, or even to the heart of a traditional Nubian village. And don’t forget to think you’re Agatha Christie for a drink at the Old Cataract Hotel, birthplace of her famous book “Death on the Nile”.

THE VALLEY OF THE KINGS

Let’s meet on the west bank of Luxor this time, the one that leads to the unavoidable Valley of the Kings. Here, hundreds of tombs hide in the mountain enclaves. You will pass by the Colossi of Memnon for a most grandiose introduction. Afterwards, you can choose to visit the tombs of Rameses, Seti, Tutankhamen, or Tutmes II, to name but a few. Be prepared to take your breath away as you discover tombs that are thousands of years old and whose paintings, hieroglyphics, and the quality of their carvings seem to date from yesterday.

EDFU AND THE NILE VALLEY

It is of course the undeniable star of the country, the river without which there would have been no history of Egypt, pharaohs and civilizations of this magnitude! It therefore deserves a discovery in its own right, along the water, during a cruise for example. Between Luxor and Aswan, the Nile abounds in sublime vestiges not to be missed, starting with the magnificent temples of Edfu and Kom-Ombo, both in a state of unique quality.

You could also discover the camel market of Daraw, one of the most important in the whole African continent. Fiery atmosphere guaranteed! Also take time to observe the life of the Nile in its most ancestral form, to the rhythm of fishermen in boats, feluccas drifting slowly and children refreshing themselves at the water’s edge.

There was a time when the pharaonic plan to move the temple of Abu Simbel was on the news. A crazy idea where the temple was to be dismantled stone by stone and then reassembled on the heights of Lake Nasser to save it from the waters invading the valley following the construction of the dam. Never before seen! Thanks to this initiative, it is still possible to visit one of the most beautiful temples in Egypt.

Located about 280 kilometers south of Aswan, it can be visited by leaving by bus in the middle of the night. After about 4 hours of travel, you can discover in the early morning the famous four statues of Ramses II that sign the entrance of the most recognizable temple in the world. The frescoes and hieroglyphics of this temple, and that of his wife Nefertari, are breathtaking. The atmosphere in the early morning is almost mystical. Get ready for one of the highlights of your journey!

SAQQARAH AND THE FAYUM OASIS

Those who have a little time to get away from Cairo will be able to plunge into other magnificent treasures of ancient Egypt, south of the capital. Starting with the ancient Pharaonic capital of Memphis and the necropolis of Saqqarah, which holds the oldest pyramids in the history of mankind. Don’t miss the famous step pyramid of Djoser, for example! 95 km south of Cairo is also the Fayum oasis, the largest in the country.

Here you will discover the remains of the ancient city of Karanis and the ancient pyramids. But its treasures also and especially in its nature of an extraordinary richness. The valley of the whales for example, testifies to the passage of the sea through here with its unique fossils. Without forgetting Lake Karoun, home to a multitude of waterfalls and waterfalls, a real jewel case for many species of birds.

You may have already heard of Sharm el-Sheikh, the must-see seaside resort of the Sinai for all lovers of diving, festive evenings and heavenly landscapes with turquoise water lagoons. However, the Sinai has much more to offer than that! Water sports lovers will find their happiness in the north, in Ras Sidr, for windsurfing or kitesurfing. The most experienced divers will try diving in the famous Blue Hole, a gaping hole 100 meters deep near Dahab.

The rest of Sinai will seduce lovers of adventure and history, with a trip to its most Bedouin and preserved lands of Ras Abu Galloum National Park. Continue on to St. Catherine’s Monastery and the legendary Mount Moses, before getting lost in the caves and colorful landforms of the Colored Canyon. Then finish on a blazing sunset over Naama Bay.

It was founded by Alexander the Great more than 2,000 years ago to shine as the cultural beacon of the Mediterranean. Even today, the modern face of Alexandria does not detract from this reputation. Its deliberately cosmopolitan atmosphere and active nightlife will appeal to lovers of modernity. You will not want to miss the Bibliotheca Alexandrina, the futuristic version of the great library of Alexandria. It is still home to millions of books, museums, exhibition halls and many cultural events.

Stroll along the cornice near Qaitbay Fort. It is said to have been built in part from the stones of the Alexandria Lighthouse, one of the Seven Wonders of the Ancient World. Dive into the city’s ancient heritage as well, by visiting the amphitheater or the Greco-Roman Museum. Lovers of beaches and water activities will also be at their ease on one of the city’s many beaches, such as Al-Mamurah or El-Mandara, to name but the most important.

With more than 1,500 kilometers of coastline along the entire Gulf of Suez, this rather desert part of the country has seen the development of a multitude of seaside resorts in recent years. This allows Egypt to offer a totally different face to that linked to its legendary history.

Here, it is rather diving in coral reefs unique in the world, relaxation on the beach and active nightlife between family activities and trendy bars. There is something for everyone! From El-Gouna, the luxurious “little Venice of the Red Sea” and its small canals, to Hurghada the festive one, passing by Marsa Alam, the old fishing town with its beaches and still preserved sea beds, without forgetting Ismailia, whose proximity to the Suez Canal is worth its flowered houses in a very colonial style, it’s up to you to choose!

THE BEST GUIDES TO VISIT EGYPT

Previous articleBest for travel in Spain 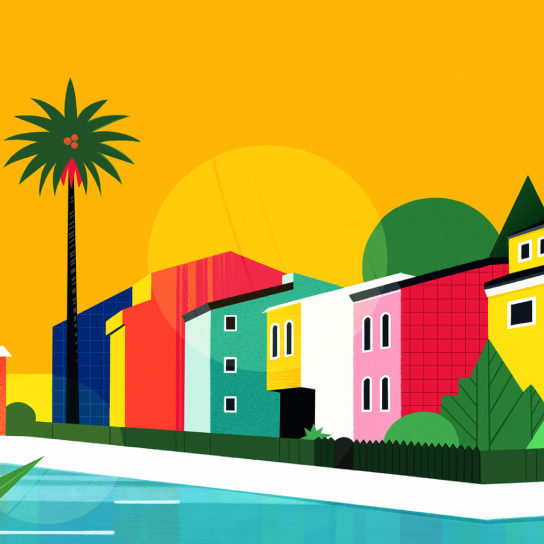 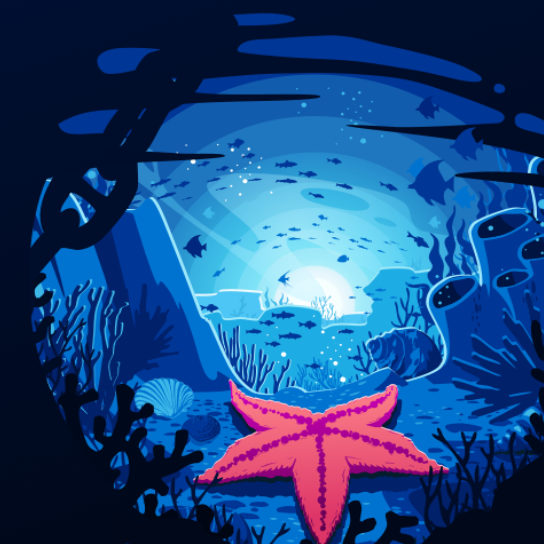 Next articleBest for travel in Fidji